We are very blessed to have an awesome collection of Godly Men and Women to help guide us in fulfilling our mission.

Pastor Wesley Wallis is our Founder and President.  God called him to help the orphans and vulnerable children in Nakuru, Kenya, East Africa 8 years ago after visiting Pastor Ismael Wagonga and his orphanage in Nakuru, Kenya.  He is the Senior Pastor of Walstone Memorial Baptist Church. Pastor Wallis has resided in Fayetteville for the past 12 years. He is married to Cindy Babb Wallis, and they have four children- Cody, Savanah, Hannah, and Malachi. He has gained much work experience and has a wide range of ministry experiences over his career as a minister, which will be a great asset in taking care of children in Kenya.  Pastor Wallis has worked and ministered at the “Baptist Children’s Home” in Kinston, NC, as a school principal and educator at Ahoskie Christian School, a Divorce Recovery Counselor in Florence, AL, correctional officer at Central Prison and Newport Prison, Evening Chaplain at the Raleigh Rescue Mission, youth pastor in Reidsville, NC and Guin, AL, Senior Pastor at Mt. Pleasant in Millcreek, NC and Sea level, NC.  Rev. Wallis and his family have been diligently working for over 8 years to build an organization that will in time build a church, boarding school, and a school in Kenya.

Dr. Joseph Wallis was saved in 1960 and called to preach a year later. He attended Columbia Bible College in Columbia, SC, Moody Bible Institute in Chicago, Ill., and Bethany Bible College and Seminary in Dothan Al.  Dr. Wallis has 4 earned degrees including 2 doctorates. He was married to Nancy Hicks in 1967 and they have 4 children. Dr. Wallis has pastored in 7 states. He was an Assistant Pastor at 2 churches and has pastored 8 churches, one of which he founded. He has been the pastor of Corinth Free Will Baptist Church in Sampson County, North Carolina for the last 17 years. He has held over 50 revivals and worked in VBS and summer youth meetings with his children for over 22 years seeing thousands come to Christ. He presently teaches at Carolina College Of Biblical Studies in Fayetteville, NC where he has been teaching for over 14 years. 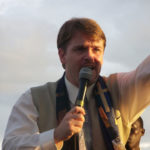 Dr. G. Travis Riley is the International Director of Burning Bush Ministries Institute. Focusing in East Africa, BBMI has graduated 1500 local leaders in several countries, with a focus in Kenya. Having spent the past 10 years traveling Kenya and East Africa, Brother Travis is well versed in the local culture and customs. He is a father of five and husband to one, Mrs. Barbara Riley. For over 21 years they have helped developing ministries thrive and succeed through training and support. Currently Brother Riley and his wife are pastoring a church plant in Fuquay-Varina, NC, while continuing to travel internationally. It is a special honor and blessing for them to join the Wallace family in serving the Orphans of Kenya. 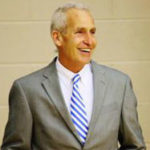 Pastor Tommy Underwood has served as Senior Pastor at Tabernacle Baptist Church in Rockfish North Carolina since 2004. He joined the Board of Directors of Elim Ministries International in January of 2018 and currently serves the Board as the Vice President. Rev. Underwood and his wife Angie have 5 children and 8 grandchildren and currently reside in Fayetteville NC. He is an alumnus of Campbell University and has been serving our Lord Jesus for over 40 years in many areas of ministry.

Dr. Earwood Kenneth & Dottie have been in the ministry for over 25 years.  They have three children Ashley, Kenny and Nathan along with 1 grandson and 1 grandchild on the way in September.  Ashley is in the US Army, Kenny is a Police Officer in Fayetteville, NC and Nathan is in living and working in Florida.  They have pastored in Coats, NC, Wilmington, NC., and Fayetteville, NC., and are now currently bi-vocational pastors in Whiteville, NC..  The Earwood’s were missionaries in Glasgow, Scotland (2001-2002).  They have been church planters, missionaries, pastors and educators along with a host of other ministries spanning from the United Kingdom, Ohio and North Carolina.   Along with pastoring in Whiteville, North Carolina, Dottie works at Methodist University in Fayetteville, NC, and Dr. Earwood in a Regional Solar Facilities Manager in Chapel Hill, NC with Strata Solar. 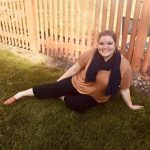 Brittany W. Armstrong currently serves as an affiliate professor of English with Olivet Nazarene University (ONU) in Bourbonnais, Illinois. Brittany helps students “integrate faith and learning” by instructing first-year composition courses while also living out her commitment to follow Christ in the classroom. Brittany holds a BA in Bible and intercultural studies from Welch College, a BA in English, with an emphasis on professional writing, from the University of North Alabama (UNA), and a MA from UNA in English, with an emphasis on composition and rhetoric. Brittany can be found pursuing her Ed.D. in organizational leadership, with an emphasis in ethical leadership, from ONU. Brittany expects to graduate on May 7, 2022, at ONU’s spring commencement. As Brittany’s first love is the Missio Dei,(The mission of God) she has experienced global mission work in Cuba, Spain, Panama, Morocco, and Canada. Brittany believes God’s love for the peoples of the nations, specifically the oppressed, should be a top priority of the believer while fulfilling the Great Commission! Brittany lives in Manteno, Illinois with her husband, Erik. 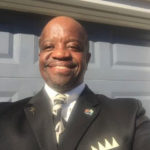 Pastor Charles “Ray” Clark was born in Clayton North Carolina and grew up in New York City. Brother Clark “as he likes to be called” came to know Jesus Christ as his personal savior in May of 1979. He began his career of caring for people at the General Service Office of Alcoholics Anonymous in 1973. In just a few years he became the youngest Department Manager when he was selected to supervise the newly established Mail Department. After six years of service at Alcoholics Anonymous, he moved over to the Family Services Association of America where he managed the office and mail operations. From this vantage point he could see the needs of people did not begin nor end with alcohol dependency but extended to something much greater. He has served as Pastor of the Bethel Baptist Church since June 2005. He and his wife Johanna have two Sons, Gerald and Charles III, a daughter Candice. He has served with OOKP since 2014.

David Peterman, along with his wife of twenty-nine years, Melinda and their son Eric, resides in Manteno, Illinois just south of Chicago.  David serves as Senior Pastor at First Baptist Church in Manteno.  Along with ministry work, David has enjoyed a career in Transportation Management that includes both railroading and trucking.  David’s heart beats for those that are in need and unable to provide for themselves.  That love has taken him to places like preaching chapel at Chicago’s Pacific Garden Mission and trips to Haiti, Costa Rica, and other places.  In everything David wants the world to know that he is a Christ follower.